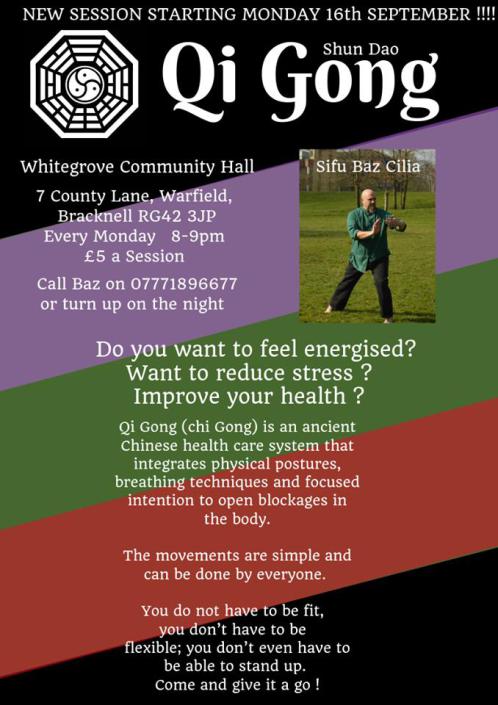 Shun Dao Qigong is the Family Qigong sysem of  Shun Mei-lin (a.k.a. Shun) He was a Sifu in Strategy and Martial Arts, who understood healing and energy practices, and for many years, taught this to dignitaries, armies and organisations around the world. Shun died circa 2006 at age 106. His brother Shun Po (a.k.a. Po) was a Sifu in Energy and Healing Arts as well as Daoist Philosophies/Life Coaching, who was referred to as one of the early national treasures of China for healing and coaching, and was also know within Eastern diplomatic circles as ‘The Healing Daoist’.

Sifu Paul Boggie Brighton brought the system to the UK having practised and taught in China under the guidance of and in the latter years, alongside and with the permission of Shun and Po, He has since continued with his personal development with the assistance of additional parallel and subsequent Sifus (teachers), encouraged by Shun and Po, enhancing Sifu Boggie’s skills and experience, and associated standing within the genuine world of the Daoist Arts